Krishna' Butter Ball
Originally uploaded by major_grooves
One of the favourite sights ever when travelling abroad was in India - Krishna's Butterball, - a chuffing huge rock which is seemingly ready to roll down a hill and crush people.

When I was in Dorset the other day I saw a guy doing stone balancing on the beach, and it reminded me of it... but on a slightly smaller scale!

Balancing rocks make nice pictures as you'll see if you look at his website. I would have bought one if I had me own flat to put it up in.
Posted by Major_Grooves at 5:09 pm 3 comments: 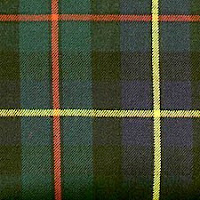 I must confess I do like those property programmes, or "property pRon" as they are often referred to. I dont, however, really think it is fair to blame Kirstie Allsopp for the country's current economic woes. She is far too yummy (well, that's the sort of thing they say to descibe her) to be responsible for that mess. Blame Gordon Brown (non-yummy).

Anyway, one of the best shows is Grand Designs, because it shows that sort of houses that I aspire to but will never be able to afford. Oh.

However, I'm not a fan of Kevin McCloud. It's not because of the slightly arty/theatrical, patronising tone he uses most of the time, it is because of his name, or more specifically his surname.

I resent whoever it was that decided it would be a good idea for their family branch of the McLeod tree to change McLeod to McCloud. Must have been Americans. I would have less problem with McLoud!
Posted by Major_Grooves at 1:08 pm 1 comment:

Britain in "Not Completely Sh*t" Shocker!

I'm confused. This is Britain. We're meant to be useless at most things, especially in sports.

However, we now stand at 3rd in the Olympic medals table, behind China and USA, whose combined population is 8 million times that of ours. If your powers of deduction aren't that good, that means that, yes, we are beating both Germany AND Australia. Take that Boche and, ummmm, sports-mad exile convicts!
Posted by Major_Grooves at 1:03 pm No comments: